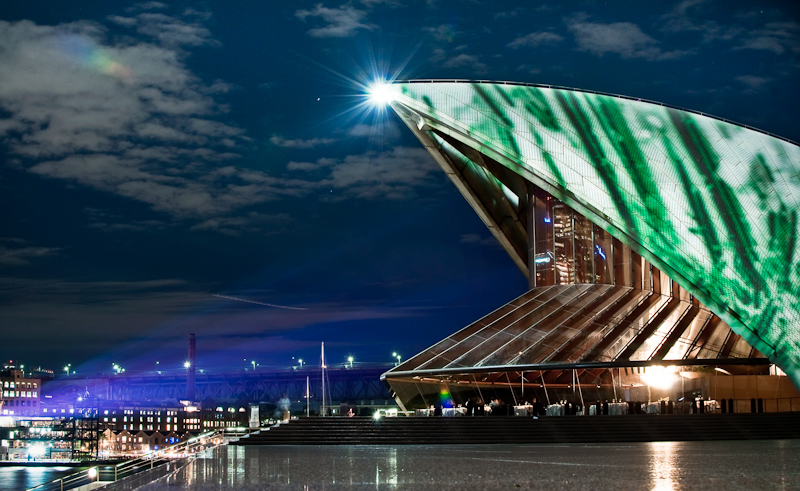 The Vivid Sydney program plans are officially launched. This gives a fair expectation about the event repeating its success ‘encore’ in 2014.

Winter in Sydney, as we all know, is warmed up by fabulous lightshows and high-spirited festivities making Sydney’s signature landmarks stand out.

"Vivid Sydney 2014 promises to be nothing short of amazing, with creative industries events, eclectic music performances and spectacular light displays that will transform Sydney's harbour foreshore and surrounds," said NSW Deputy Premier and Minister for Trade and Investment, Andrew Stoner.

Celebrated as the Event of the Year 2013 in Australia, Vivid Sydney festival is planned to outsmart last year’s triumph. This year, the much sought after opening ceremony, “Lighting the Sails’ of the Sydney opera House is entrusted with the company that made London Olympics a great feat.

An enhanced water show is arranged in the Darling Harbour to amaze the public. Innumerable water jets, fountains and laser works dancing to the music will add an element of enchantment to the harbour.


The Presets, Pixies and The Australian Chamber Orchestra are ready to set fire to the atmosphere with soul–stirring music. “Electric World Tour’ by the famed duo Pet Boys is expected to electrify the Australian audience with their Vivid Sydney performance.

The event is tightly wrapped with 12 informative and interesting talks by a group of authentic orators – one of them being Skylar Tibbits. He is a TED Fellow who is working on 4D printing where the fourth dimension involved is time.

Sydney has great significance in the international creative calendar and this year too, all focuses merge at the Vivid Sydney festival to improve business, enhance creativity mixed with fun.