Sydney’s celebration of creativity and innovation, Vivid, was founded in 2009 as a smart light festival. These events were showcased by Vivid cruises, and rarely included other activities that we see today. Vivid has changing its identity over the years, and has strived hard to become what it is. The early days of Vivid when it was still trying to bring together its events under one umbrella, even included kite-flying and surfing competitions, some events people might find nonsensical if associated with Vivid Sydney these days. Once a confusing culmination of unrelated events, Vivid was streamlined later on by the organizers into three distinguishable segments: Vivid Light, Vivid Ideas, and Vivid music. Ever since the change, Vivid has steadily grown into the second most popular event on Sydney calendars, bested only by the age-old Sydney Harbour New Year’s Eve fireworks. The amount of tourists that Vivid brings in has increased exponentially over the years, with around 2.33 million attendees just last year. The event spans over 23 days, and hosts an incredible variety of talent from across the globe. The impressive accolade of talent sees musicians, innovators and creators of all kinds from a plethora of fields across science, technology, politics, arts, and culture.

Vivid LIGHT continues to be the star of the show every year, with captivating installations that leave visitors in complete awe. These installations continue to be innovative with each passing year, like in 2012 a Light installation called Screaming Rapture left Sydneysiders shrieking at the top of their lungs for the display to brighten up. Because the streets of Sydney get densely crowded during Vivid, the best option one can opt is to go for a Vivid Sydney Cruise, where you will be able to enjoy the installations of Light at a leisurely pace while indulging in a scrumptious meal and a beverage of your liking to go along. With various options to choose from, there’s a cruise for everyone during Vivid!

Vivid Ideas bring together people from the realms of Technology, Film, Music, Astronomy, Artificial Intelligence, New Media and more. Art, application, science and creativity fuse together and lead to a culmination of fresh new ideas and mind opening experiences to all those who visit. In 2018, there were talks about Deep sea Diving (By James Cameron), the future that we are creating by our use of technology today, and a talk from NASA’s Visual Strategist about the increasing requirement of creativity in Science.

Vivid Music brings the city to life with musical gigs small and large happening all across Sydney, from small venues and bars to the majestic Opera House. Artists both international and local fill the streets with music, and there is something for everyone visiting! From Jazz quartets to rock and roll troupes, to modern electronic dance music, the music scene in Sydney during Vivid is truly vivid. 2018 saw an impressive lineup of artists including American pop icon Mazzy Star, West Coast rapper Ice Cube, Grammy award-winning artist Solange, acclaimed Indie rock singer Cat Power, and St. Vincent to name a few. These mesmerising live performances and incredible collaborations are not to be missed!

Please leave your enquiry so we can reach you with complete details and the best options.

"Vivid clearview glass boat dinner cruise was an amazing experience. Loved the canapes, the three course meal and the wonderful view throughout the trip. It was great value. The crew was wonderful. A very pleasant experience. Will definitely come back to book an afternoon cruise to experience it in daylight."

"Beautiful, very impressed with the service, views, the food was amazing. Couldn’t fault anything!!"

"We have been on other vivid cruises with buffets for the last 5 years and this was the best one yet. Fantastic boat, food and views and the best value for money ever."

"Very enjoyable trip for Vivid. Food great & complimentary drinks a bonus ! Would recommend Magistic for anyone wanting to do a similar cruise. It was a lovely gift for my husband,s 80th birthday"

"We booked this cruise to experience VIVID Sydney. It was absolutely wonderful. The boat itself is fantastic. The food was lovely and our wait staff were gorgeous, informative and friendly. Highly recommend this to all I know." 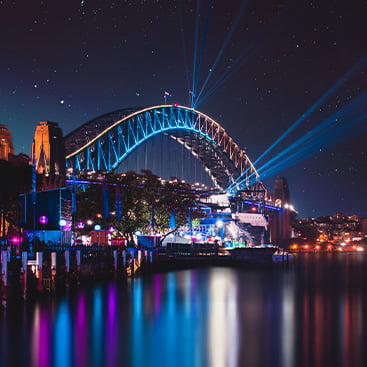 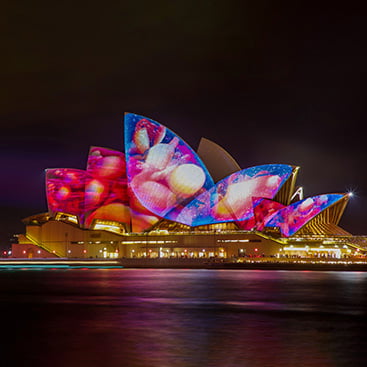 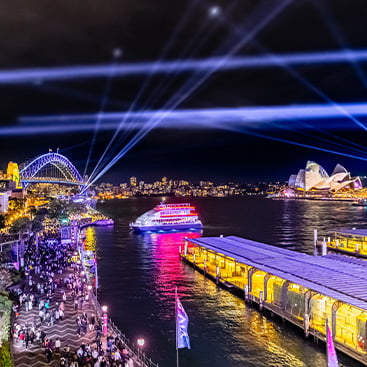 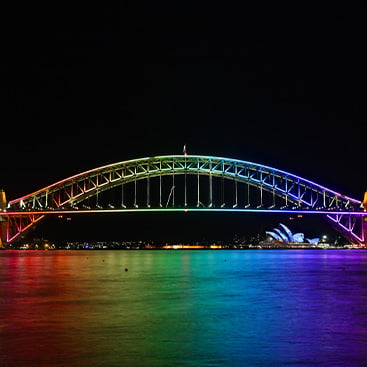 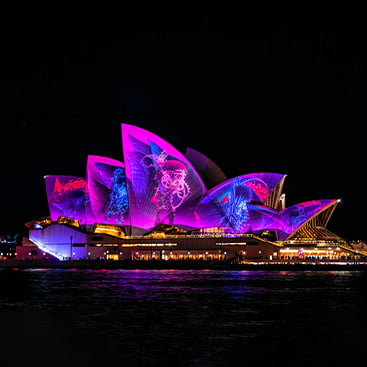 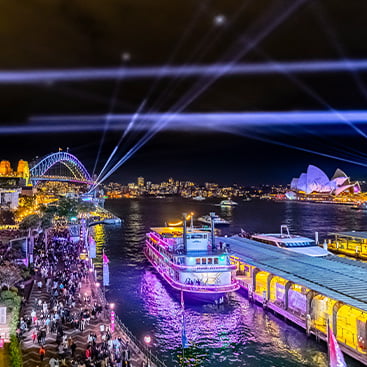 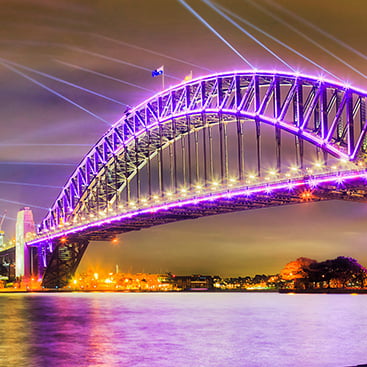 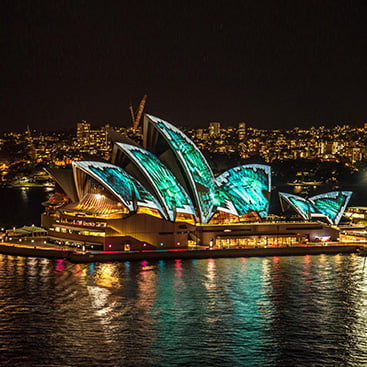 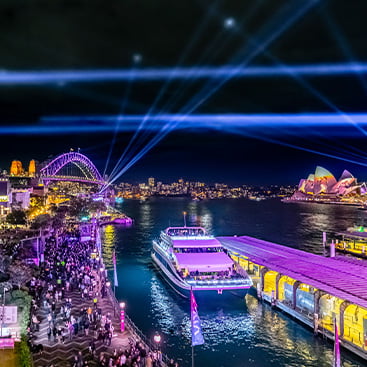