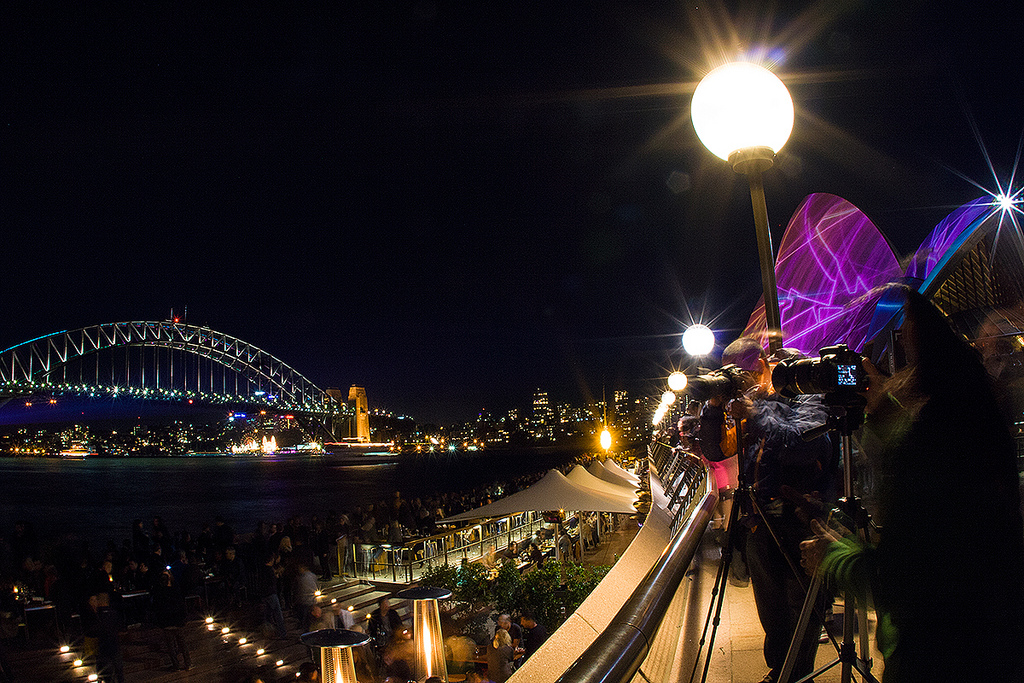 The Vivid Sydney festival 2014 is getting on its heels to amaze and amuse its audience. The much-awaited water show will be bigger in its structure and theme covering almost two thirds of the Bay this time. The French innovator of dancing fountains, Aquatique, is going to make it a wondrous event again in Sydney.

The East Circular Quay to Campbell’s Cove and Walsh Bay will host over 50 innovative light installations. The program features both interactive installations and artworks organized by Anthony Bastic, the Vivid Light Festival Director.

The essence of music, the Vivid LIVE, organized by Fergus Linehan at the Sydney Opera House includes a fabulous line-up of artists like Pixies, Giorgio Moroder and Timeline. Richard Tognetti becomes the lead man for a collaborative effort between the electro-pop duo The Presets and the Australian Chamber Orchestra. They are expected to present a two-hour program on the history of music.

This time, taking inspiration from the laughing yoga, 10 latex balls will go afloat on the Walsh Bay waters. The balls are designed to smile, whistle and laugh to the spectators – a great way to interact with them.

Modulations at Carriageworks is a new Vivid Sydney programme which is designed for this year. This is from June 6 – June 8. This program, curated by Steve Pavlovic, is all meant to bring light installations, music, design and food under a single roof. The electronic pop group, Pet Shop Boys, is assigned to present the programme.

The audience can expect an enthralling combination of multi-media production in their only performance in Australia during their Electric World tour. The atmosphere will be equally lively around to receive their magical performance.


Vivid Ideas, a celebration of innovation and creativity, has organized 12 significant talks including the one from the media strategist, Ryan Holiday; a pioneer in 4D printing movement, Skylar Tibbits and the editorial director of Upworthy, Sara Critchfield.